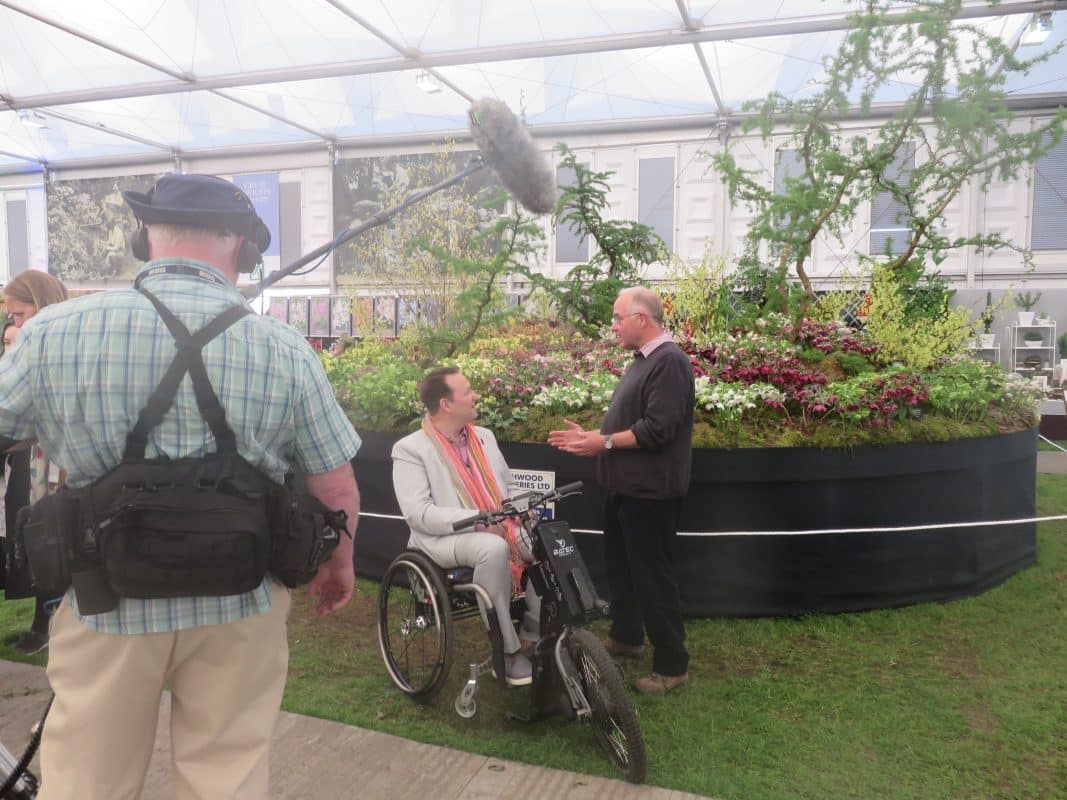 I searched high and low for a new wheelchair and something a little different. For years I used a manual wheelchair which we later had adapted into an electric wheelchair, but I had never really been properly measured, asked what I wanted from a chair and how I was going to use it.

I was born with spina bifida and following a car accident in 2001 and surgery, which was complicated by me being born with SB, I ended up as a wheelchair user full-time. I was determined to find a chair that did not look institutional, and also wanted the ability to have both manual and electric options.

After a lot of research online, through magazines and speaking to others I found Cyclone. It was as if someone had switched on the light switch and for the first time I could see what it was that I wanted. Being a presenter for BBC Gardeners’ World and the UK’s first garden designer in a wheelchair, I had seen film clips of me in my old wheelchair and noticed the chair before me.