My Journey by Mark Eccleston

From SCI to World Number 1

In 1986, at the age of 16, I left school having completed my O-levels. I was looking forward to a successful Rugby League Career. However, in the summer of 1986, my life changed forever. I was involved in an accident that severed my spinal cord.

My spinal cord injury (SPI), rendered me tetraplegic. Sport has always been important to me, so when I left the hospital, I went back to what I loved. I adapted to my new way of life, and went on to win a Gold medal in table tennis. That was at the 1987 National Wheelchair Games.

It was during this time that I was first introduced to Wheelchair Rugby.

I was Captain of GB’s Wheelchair Rugby squad by 1992. Whilst competing at the International Wheelchair Games at Stoke Mandeville, I was asked to watch a demonstration of American wheelchair tennis players. A year later, I started to enter competitions and won 7 national titles.

After a huge success nationally, I received sponsorship’s which enabled me to go to the Japan Open, where all the top players were competing. In Japan, I beat the then world number 1 in the final. As a result, I received funding to enter tournaments worldwide and went on to win tournaments in Australia (including winning the Australian Open twice), all over America, Japan and all over Europe.

In 1998, I was selected to represent Great Britain at the World Team Cup (the Davis cup of Wheelchair tennis), unfortunately losing out to USA in the final. However, in 2002, my team became the first Great British team ever to win the World Team Cup, beating Japan in the final. We went on to defend the title again, after beating USA in the final. I became the first British player ever, at any level, to be World Number 1 in Singles, and the first British player ever to be World Number 1 in Doubles.

I competed at the 2004 Paralympics in Athens, where he went on to win a silver medal in Doubles Wheelchair Tennis. After Athens, I decided to retire from competing and took my LTA Tennis coaching qualification. I became the first tetraplegic to qualify as a tennis coach. With my qualification, I became the Disability Sport Development Officer for Halton. I also taught P.E. to a group of children with complex physical and medical needs.

Cyclone Mobility sponsored me from the very beginning and throughout my tennis career. I am now a full time Mobility Advisor, giving advice to disabled people all over the North of the UK.

Mark with the rest of “The Journey” gu 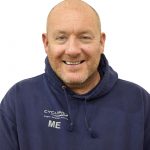 Mark Eccleston became a Mobility Adviser for Cyclone Mobility in 2014, but has been part of Cyclone for many years prior to that. Cyclone sponsored Mark during his sports career.

Batec – The ultimate commuting companion For wheelchair users, commuting to and from work can sometimes be a challenging and daunting experience. With the help of a Batec wheelchair electrical attachment, this doesn’t need to…. 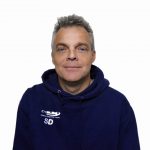 Batec Scrambler – The legend is reborn.

In the early days of motorcycling, particularly in the late 1920s in Britain, riders enjoyed racing from check point to check point across the countryside. Rules were few and far between, but the general aim….